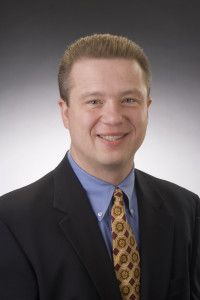 New national research explains why I am optimistic about the prospects for Indiana children and youth, but also a bit worried.

According to Harvard University’s Equality of Opportunity Project, despite a growing income gap between wealthy Americans and the rest of the country, the prospects of moving up the economic ladder are at least the same and even a little better today compared with 1971.  After tracking the income of 40 million children and their parents for more than two decades, the Harvard researchers concluded, “Contrary to the popular perception, measures of (economic) mobility have remained extremely stable.  If anything mobility may have increased slightly.  The rungs of the ladder have grown further apart, but children’s chances of climbing from lower to higher rungs have not changed.”

However, economic advancement is not equal in all places.  The Harvard study divides the United States into 741 regions and ranks those regions on the likelihood of a child moving from the bottom fifth of income into the top fifth.  Of the 17 regions in Indiana, only five–including cities such as Vincennes, Greensburg, Madison, Wabash and Lafayette–are above the national median.

Solutions, meanwhile, can be found in community and family.  Harvard researcher Sarah Abraham explained that regions with high levels of “social capital” enjoy higher levels of economic mobility. “It’s all about involvement in your community and interactions among people,” Abraham said, noting the unique influence of community groups, neighborhood associations and religious congregations.

Most important, according to the Harvard research, is family structure, especially the prevalence of single parent households.  “This actually turns out to be the single strongest correlate of upward mobility we find in the date,” explained economics profession Raj Chetty who leads the Harvard project.  In a presentation to the World Bank, Chetty reported, “The fraction of kids being raised by married parents in an area is an incredibly strong predictor of rates of upward mobility.”

By the way, what the Harvard study says about kids and economic opportunity, Search Institute’s 40 Developmental Assets confirm for kids and healthy youth development.  So nice how the two go together!

Bill Stanczykiewicz is President & CEO of the Indiana Youth Institute.  He can be reached at iyi@iyi.org and @_billstan.

Want to join the discussion?
Feel free to contribute!